Even the experts agree: no one wants to think about the sewer system.

“Most people, all they care about is you flush the toilet, it goes away. You do the sink, it goes away. The water comes out, the water turns off. It rains, the water goes away. As long as it's gone, nobody thinks about the pipes and the maintenance and all that stuff,” said Charlie Jewell, director of planning at the Boston Water and Sewer Commission.

But Jewell thinks about this stuff. A lot. So does everyone at the Boston Water and Sewer Commission, the city department that ensures clean water comes out of the faucet, wastewater goes to a treatment plant and rainwater doesn’t flood your street.

For the most part, Boston’s sewer infrastructure works pretty well. But as climate change causes sea levels to rise and brings more intense storms with a lot of rain, the stormwater system is going to be in trouble. The labyrinth of underground pipes that collects rainwater from catch basins on the street and conveys it to rivers or Boston Harbor isn’t equipped to handle the amount of rain coming our way.

“The pipes are designed to carry a certain capacity, and if the rain is coming so hard and so fast, they can't convey it fast enough,” Jewell said.

The city’s stormwater system can handle a rainstorm that drops about 5.15 inches of water in 24 hours. In the future, we could get that amount of rain — or more — in a few hours.

The commission, like the city as a whole, has been concerned about climate change for years, but the real wake-up call came in 2017, when Hurricane Harvey barreled into the Gulf states. The powerful Category 4 hurricane made landfall near southeastern Texas and then stalled out. It rained for four days, dumping record-setting amounts of water and causing the worst flooding in Houston’s history.

While the country watched the disaster unfold, then-Mayor Marty Walsh was thinking about the implications for Boston. He called a meeting with representatives from emergency management, the environment team, first responders and the water and sewer commission to ask what would happen if Boston got hit with a similar storm. What major roadways or pieces of critical infrastructure would flood? How would we evacuate people — could we even evacuate people?

By 2017, the city had detailed climate change projections that showed where sea-level rise and storm surge would have the greatest impact. But none of the models really took precipitation into account; specifically, how the city’s stormwater infrastructure would respond to a big storm that dumped a ton of rain at high tide.

Aware of this modeling shortfall, John Sullivan, chief engineer of the Boston Water and Sewer Commission, directed his team to start work on it.

The result was the City of Boston Inundation Model, an interactive tool launched in 2020 that allows users to choose from a variety of storm and sea-level rise scenarios, and see the impacts. The model uses over 70 years of rainfall data, meteorological reports from 3,100 storms and the most up-to-date climate change information to predict, for instance, just how high the flood waters around the New England Aquarium would be if a nor’easter hit the city in 2070 and dropped over 3 inches of rain in six hours. (The answer: at least 3 feet deep.)

Sullivan was alarmed by the results. Many people knew that stormwater flooding posed a big problem, but now they had granular maps showing the true extent of the issue.

Through its Climate Ready Boston program, the city is already looking at where it may need barriers or flood gates to protect neighborhoods from sea-level rise and storm surge. What the commission needs to do, said Jewell, is "make sure that we maintain our capability to discharge stormwater during a major event.”

In other words, when people talk about climate change in Boston, they often focus on rising seas and how to keep ocean water from getting in. But in the not-so-distant future, an equally important question arises: during a big storm, will the city also be able to get rainwater out?

On a recent weekday morning, Ben Agrawal and Madison Gleason, two engineers with Hazen and Sawyer, a local consulting group that focuses on water infrastructure, fiddle with a sleek, black 360-degree camera sitting atop a tripod. The camera is about the size of a candlepin bowling ball and, with two antennas sticking out of the top, bears a striking resemblance to an alien.

Agrawal and Gleason position the camera on the side of a small bridge overlooking a muddy creek near Neponset Circle in Dorchester. To their back, the mid-day traffic of I-93 roars. Gleason hits a button and the camera begins humming. It lets out three loud beeps and then a long shutter click. Similar to the cameras Google uses for its Street View maps, this little machine could play a big role in helping Boston resolve some of its stormwater problems.

As Gleason repositions the camera in another location, Agrawal points upstream to another bridge with a big round opening.

"Right over there, that's the outfall itself where the stormwater comes out,” he said.

Rainwater runoff from parts of Neponset, Cedar Grove, Ashmont and Lower Mills — home to about 12,800 people — flows out of this 72-inch pipe into the creek. From there it travels under the highway into the Neponset River and eventually makes its way to Boston Harbor.

“If water could not get out of that [outfall] right there, it could back up into the system,” he said.

He pulls out his iPad and calls up a map that shows the outline of the drainage area and the outfall. There are stormwater pipes running underground throughout this area, but “these red lines right here,” he said, pointing with the tip of his pen, “show pipes where the bottom of the pipe is below what the high tide level could be in the future. And so you can imagine that's the whole area that could be influenced just by high tide.”

The thumb at the end of the funnel.

Add an intense rainstorm to the mix, and those areas with red pipes are going to have some serious stormwater flooding.

The city of Boston oversees 208 stormwater outfalls, 40 of which, including this one in Dorchester, have been identified as particularly vulnerable to flooding. The team from Hazen and Sawyer are gathering data about those locations this summer.

In addition to taking photos, they’re looking at topography and land use, and will overlay that information with maps of underground pipes and the number of affected people and businesses in the area. They'll plug all this information into powerful computers to see how different solutions could work.

Some places may need powerful pumps to force stormwater into the Harbor. Others could get huge underground tanks that can store rainwater during high tide. And for those with no clear engineering fix, the city could try adding more green spaces or planting trees to help soak up rain water.

“Each site is different,” Agrawal said. And as the city prepares “to protect the shoreline from sea level rise, we want to make sure that the sewer system can still discharge stormwater” in critical locations.

The process is still in its very early stages, but sometime next year, the engineers hope to present the commission with several potential plans. From there, city officials and the public will weigh in, budgets will be drawn up and, as Chief Engineer Sullivan said, hopefully the plans will start to get implemented.

Climate change is coming to Boston — in fact, it’s here already. And when it comes to stormwater flooding, the city has been relatively lucky so far. Hurricane Sandy hit us at low tide; the January 2018 nor’easters brought more snow than rain.

But luck isn’t a long-term solution.

The stormwater system may be something people don’t think about, but if Boston wants to remain a liveable city for the next hundred years, it has to figure out what to do with the water coming our way, and it has to do it quickly. 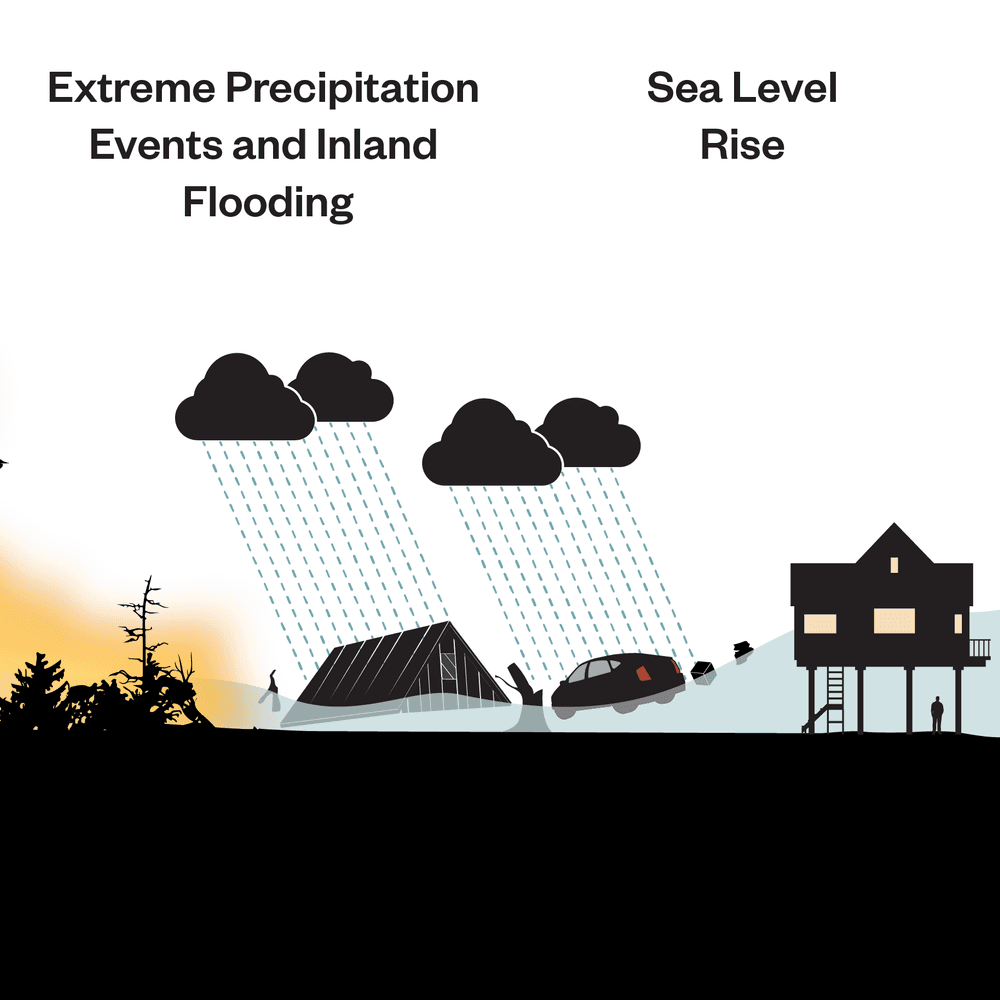 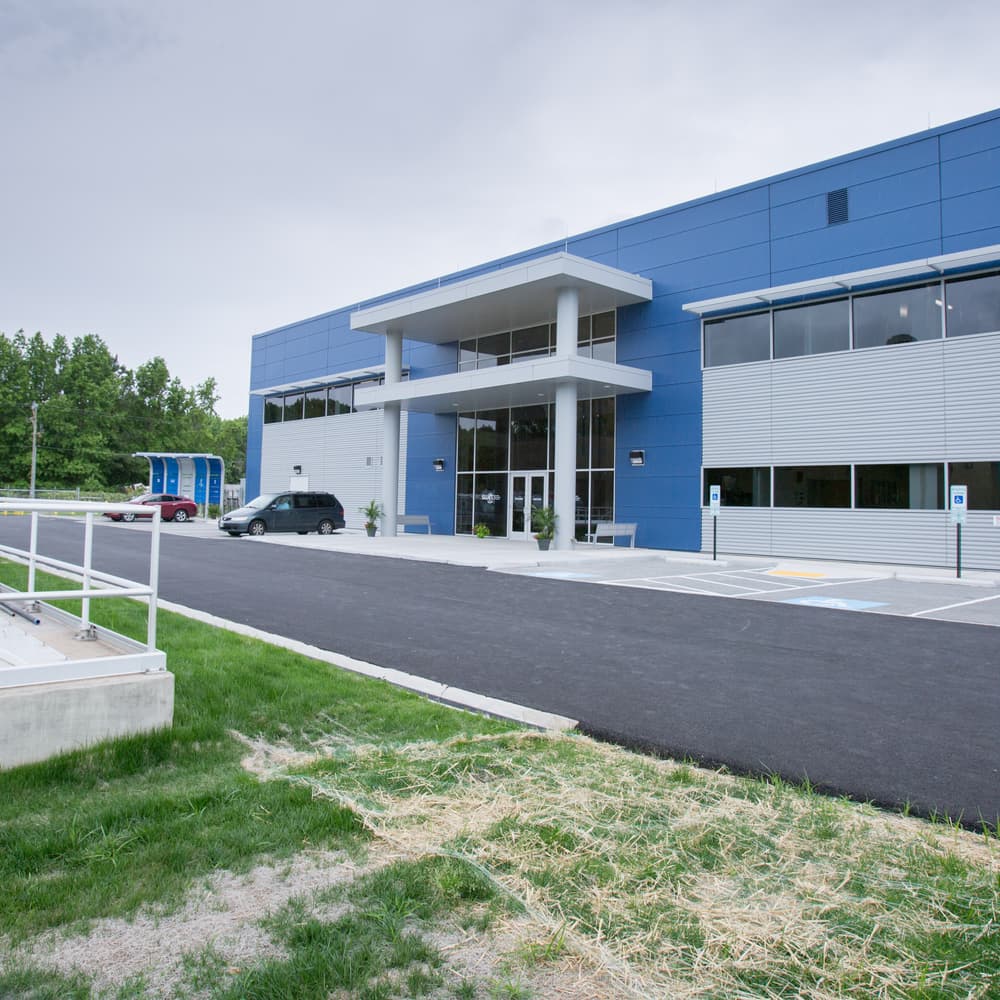 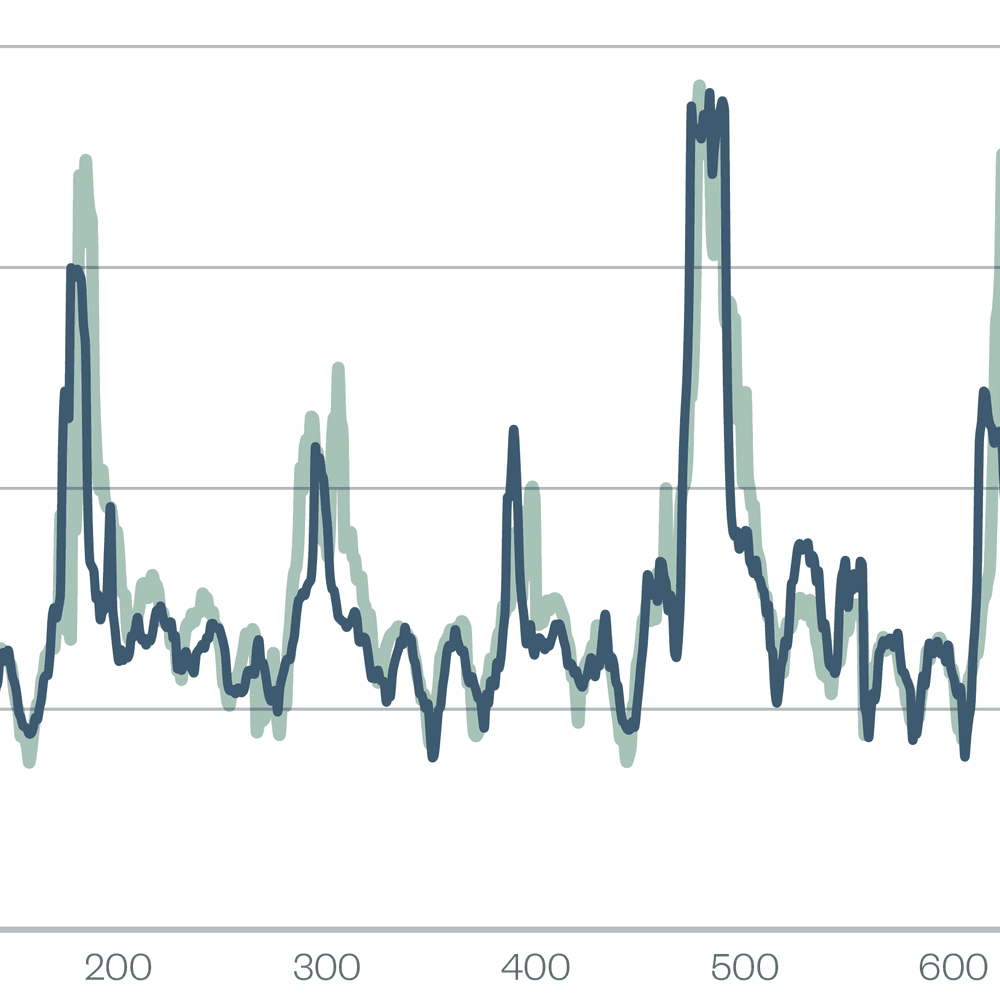 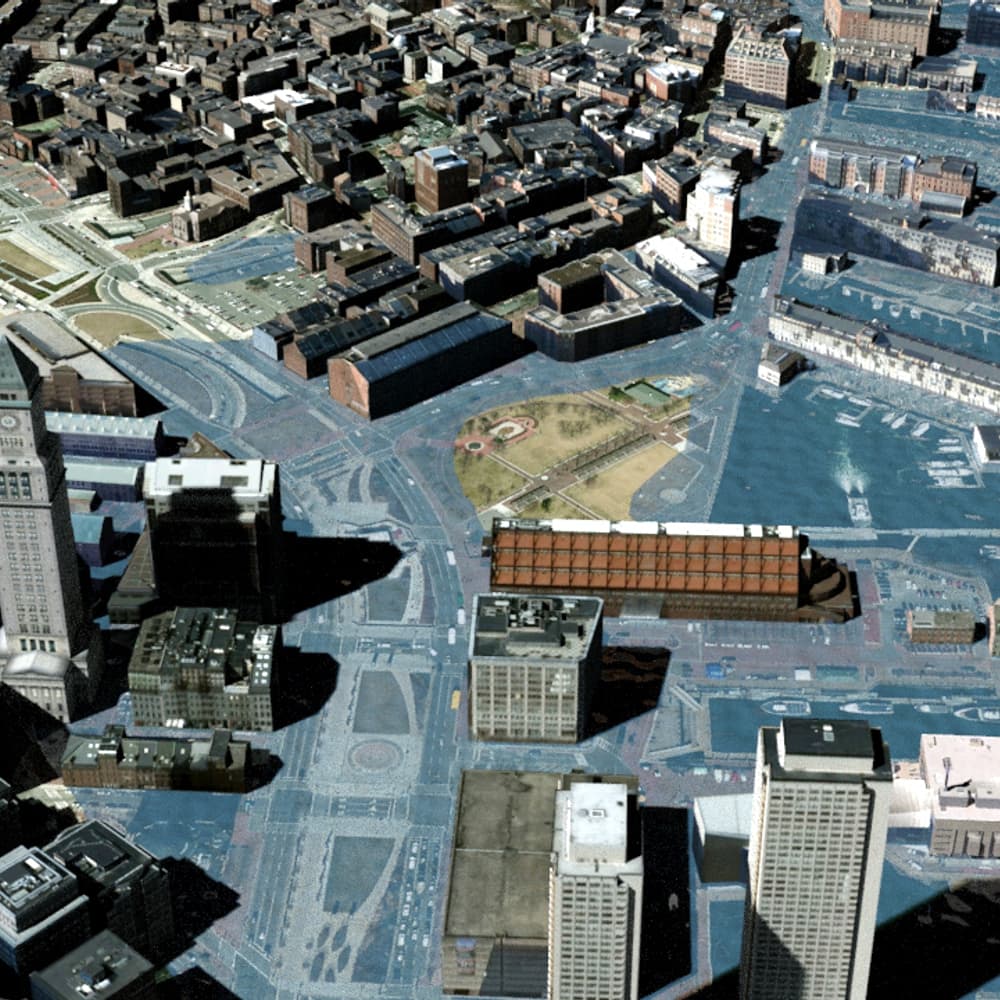 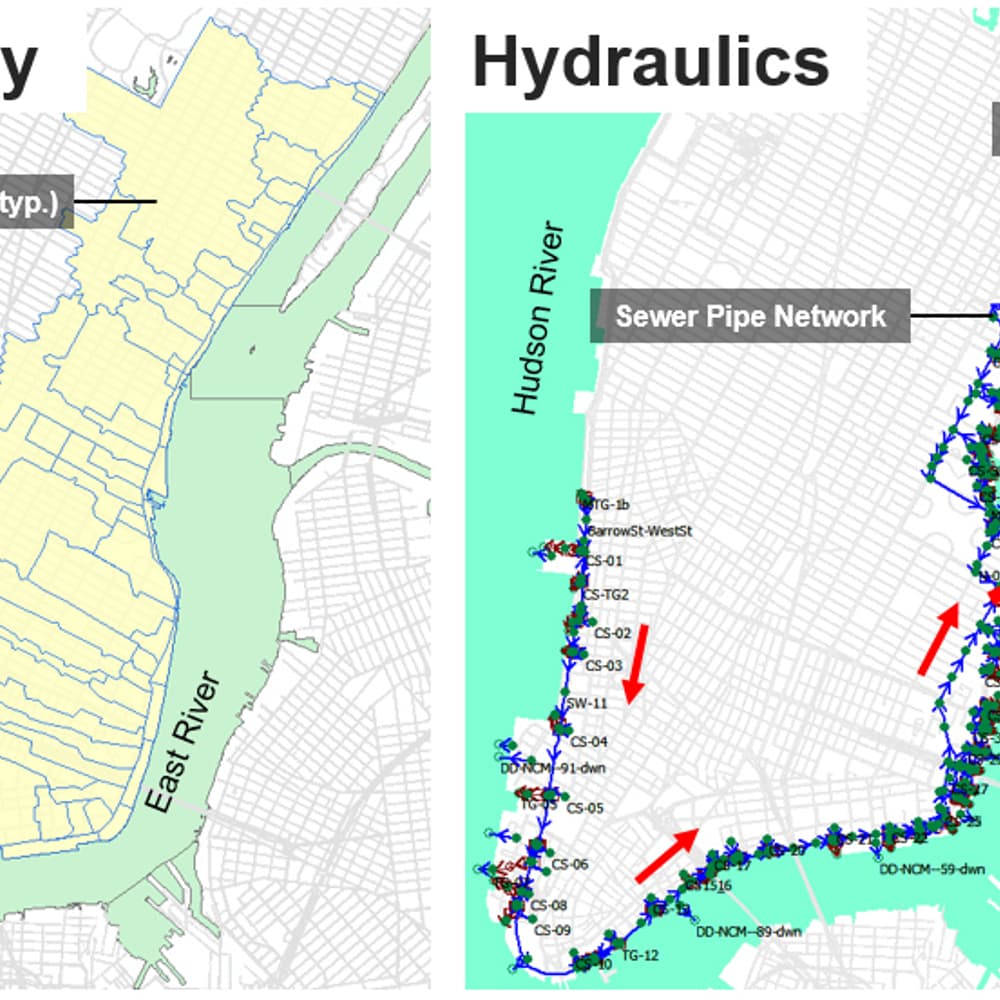 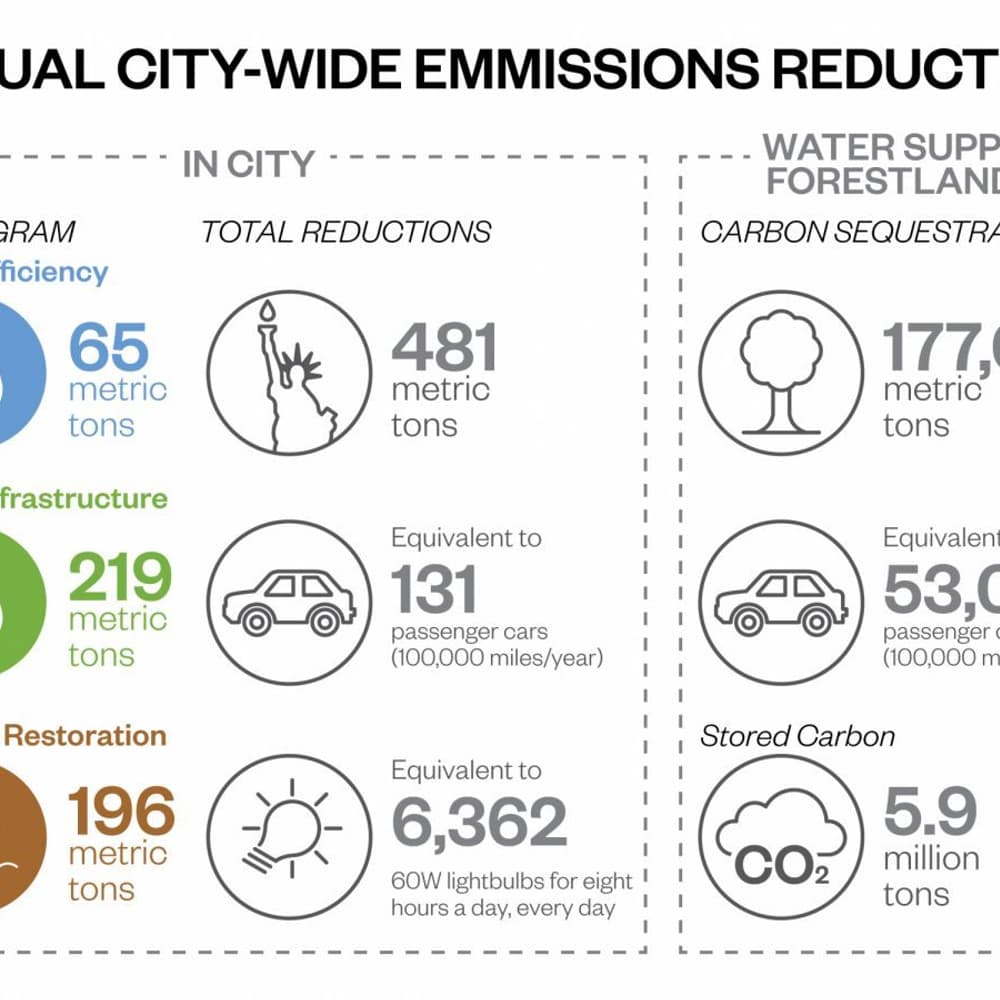 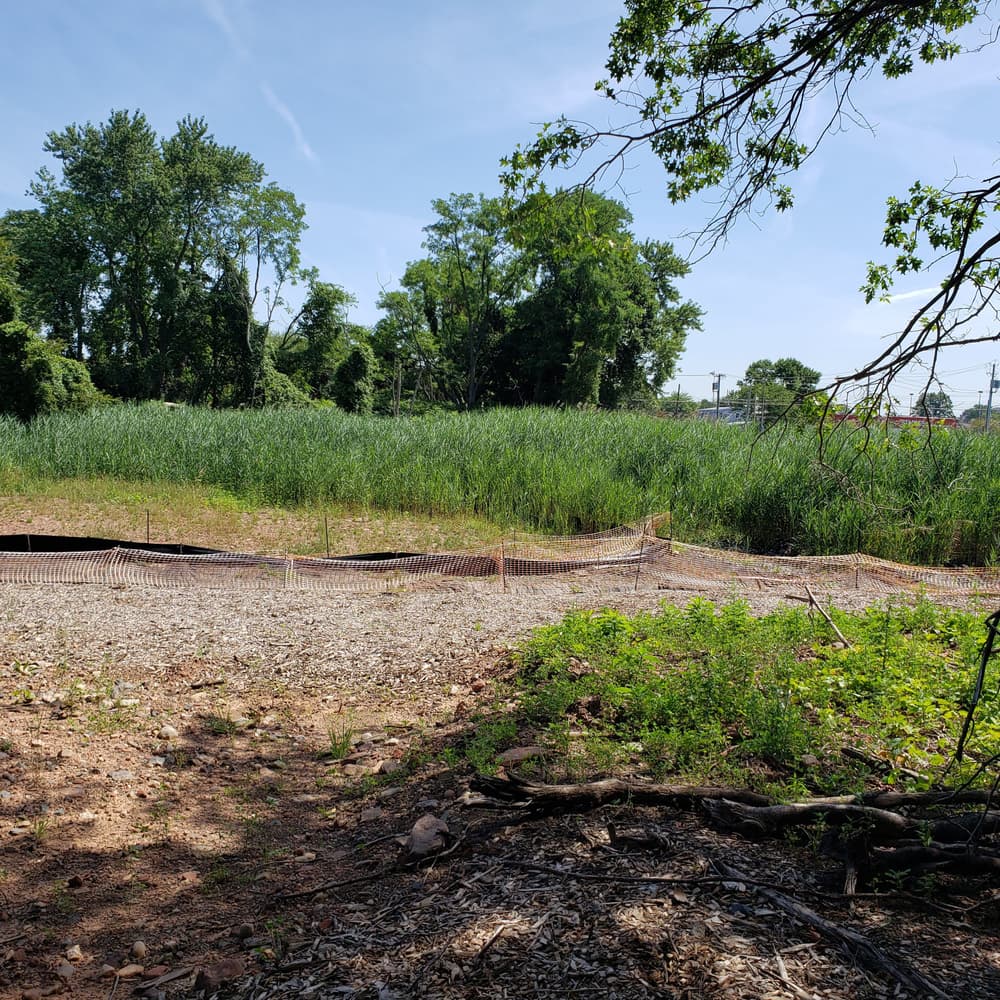